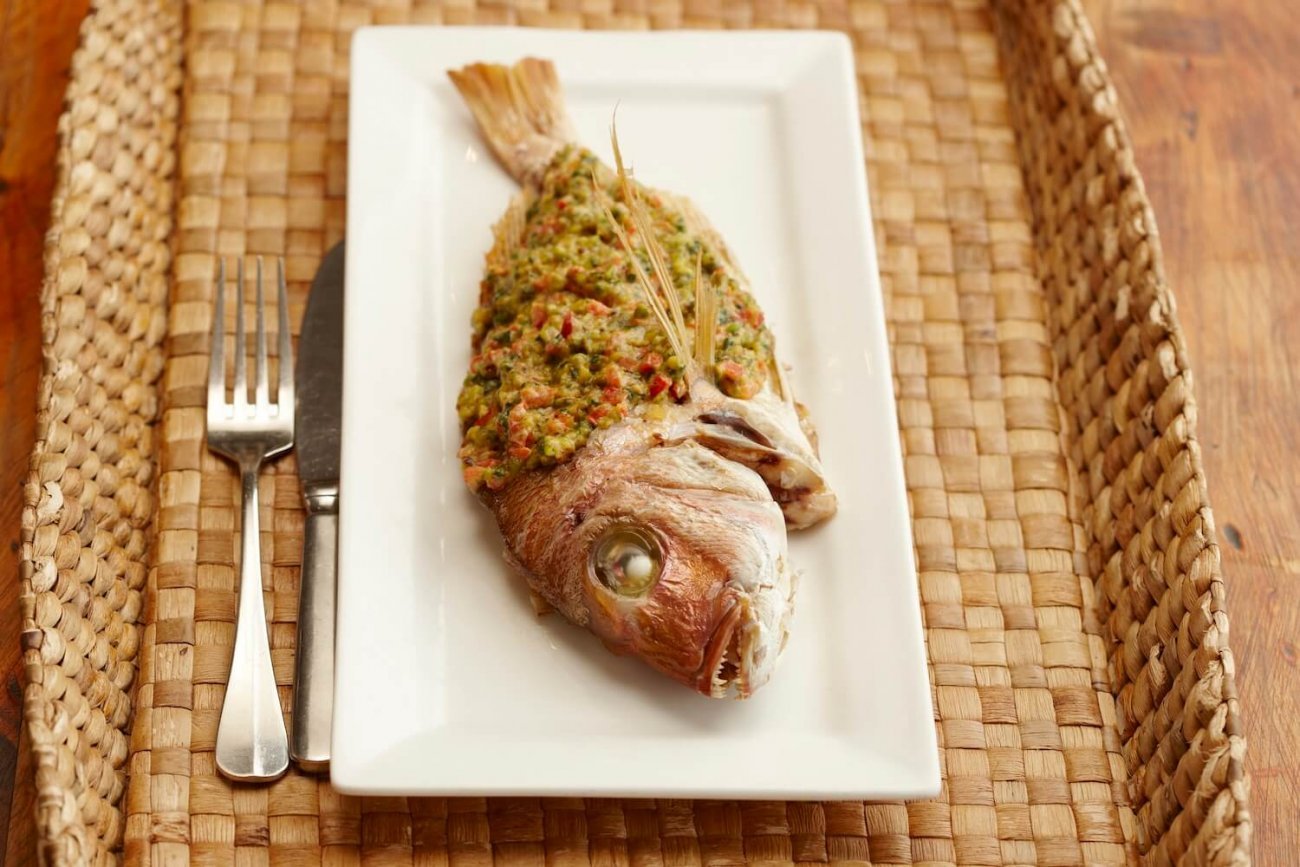 * Harissa is a pungent chilli paste that is full of Middle Eastern flavour and keeps in the fridge for a month. Can be used as a condiment to a grill or added to dips.
* As always, please comment on this recipe below in the comments section.

Lebanese born Zahi Azzi is a quiet chef with a loud skill, and the brainchild behind five of Australia’s most successful restaurants, Kazbah and Mezbah.

Arriving in Australia in 1988, Zahi has managed to forge a formidable reputation for himself in Australia’s competitive culinary world.

Carrying the spicy smells and flavours of his mother and grandmother’s extravagant home cooking and inspired by his father long career in five star hotel management (which took he and Zahi all over the globe), Zahi has already achieved his childhood dream of owning not only one, but several restaurants of critical acclaim.

After completing a diploma in Hospitality Management and gaining the necessary practical experience in HR with the Sheraton hotel group, Zahi wasted no time in opening his own establishment, Kazbah on Darling (1998). Located in the chic inner city suburb of Balmain to immediate industry, media and local applause he quickly spread to Mezze Café Espresso Bar (2001) in the northern suburb of Sydney, Chatswood.

Six years and a plethora of culinary and business awards later (most pointedly the Restaurant and Catering Associations of Australia, Winner of “Best Metropolitan Specialty Restaurant in 2002, 2003, 2004, 2006 and 2007, and “Best National Specialty Restaurant” in 2004 & 2007) and finalist for Best Middle Eastern/North African 2008. Kazbah’s overwhelming success finally spurred the birth of Sumac Restaurant & Bar in 2004. Located in the tourist hub of Darling Harbour and not to be outdone by its elder sister’s wall of trophies, just six months after opening Sumac was promptly awarded the Restaurant and Catering Association’s “Best Tourism Restaurant in NSW” in 2005 then finalist for Best Middle Eastern/North African and Tourism Restaurant in 2008.

In 2006 with the view of the opening of many more Kazbah’s around Australia, Sumac was rebranded as Kazbah in order to keep the name, message and reputation of Kazbah consistent. Kazbah Top Ryde was launched in 2011, also to equally critical accolade taking out “Best National Breakfast Restaurant” via the Restaurant and Catering Association that year.

Throughout the three Kazbah restaurants, Zahi’s innovative menus reflect the rich, spicy Middle Eastern food of his childhood and bring a breath of fragrant air to a country over saturated with Asian and European influences.

Unlike many high profile Australian chefs, Zahi is self taught, instinctively understanding the complexities of Middle Eastern flavours and spices, and intelligently and creatively applying them to more modern and local (Australian) ingredients.

“I like to take traditional Middle Eastern dishes such as the tagine, and marry them with typically Australian ingredients such as Balmain Bugs, Kangaroo and Emu. This way our diners are able to experience the best of two worlds, both the old and the new,” says Zahi.

The biggest challenge most diners face at his restaurants, is where to start and even more to the point where then to stop! By taking the crème de la crème of Middle Eastern influences and blending them with modern European cooking techniques, Zahi creates an unforgettable culinary journey that spans not only continents, but centuries as well.

Zahi’s philosophy is all encompassing and reflects the sublime nature of his food: “Music may be the universal language of love, but food and wine are the universal tongues of peace and tolerance. Food is the ultimate celebration of all our similarities and differences!” says Zahi.

In November 2006 Zahi was invited to take part in the most exclusive and world famous culinary event, The Grand Gourmet Summit at the Grand Hyatt Hotel, Dubai. Zahi was one of nine world-wide master chef’s chosen to take part in the event. The Summit was a huge success and was a pinnacle in Zahi’s career, an experience of a lifetime. Since then Zahi has made numerous appearances at worldwide cooking events and demonstrations, providing an insight into modern Middle Eastern cooking.

In 2012 Kazbah joined forced with the Toga Group (Medina, Adina, Vibe etc.) with the view to Kazbah becoming an adjunct restaurant to their hotels. The Kazbah/Toga ventured gave birth to Mezbah (amalgamation of Medina and Kazbah), a café/bar version of Kazbah with Mezbah’s menu more tailored to casual dining and bar snacks. Mezbah Central was launched in January 2012, with Mezbah Lime Street hot on it’s heels in October 2012. Both Mezbah’s have been a successful transition from more formal restaurant dining to café style. In addition they opened the Toga doors to more Kazbah venues – Potts Point and Bondi Beach – both to be opened late 2013.