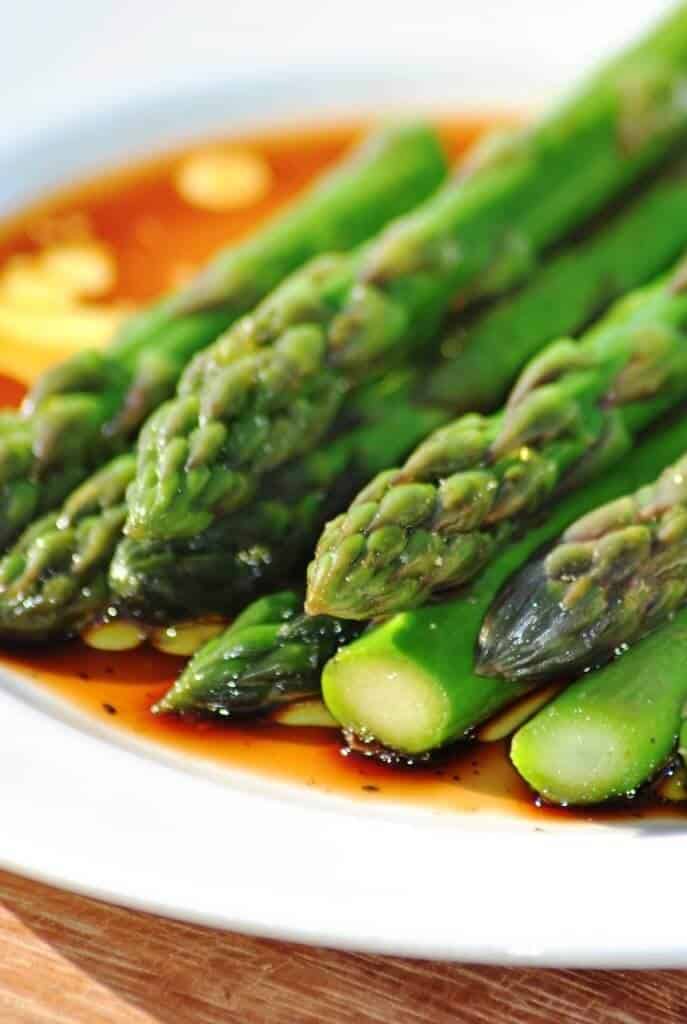 This is a Sunday afternoon indulgence. Wonderful fresh asparagus blanched and then marinated in white truffle oil and Balsamic. Very simple but amazing flavour.

Great with some sour dough and some aged parmesan cheese.

Born in Holland in 1974 into a wholesome food loving family Bas migrated to Australia in 1981. Completing his apprenticeship in Commercial Cookery in 1992, Bas has worked at some of Melbourne’s finest five star Hotels and Restaurants. During this time he has won various awards including a gold medal in the Australasian Salon Culinaire.

Bas is currently an industry advisor to major Hospitality training institutions in Melbourne and has held a position on the Restaurant Catering Victoria Board for a number of years. His role with Sodexo will include developing and implementing menu offers for all sectors including the aged care and seniors offer, training and developing staff and ensuring compliance with food safety programs and HACCP.