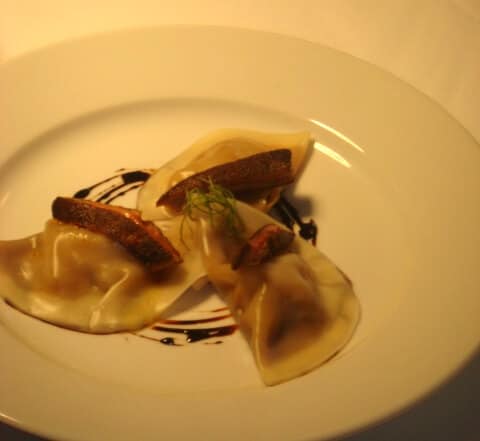 Anita Lo is the chef and owner of Annisa and one of the most respected chefs in the country having earned numerous accolades for her inventive Contemporary American cuisine.

Lo, a second generation Chinese-American, earned a degree in French language at Columbia University and studied at Reid Hall and Ecole Ritz-Escoffier in Paris. She received her degree, graduating first in her class with honors, while interning under Guy Savoy and Michel Rostang. Back in New York, she developed her culinary style at Mirezi, where she earned a two-star review from The New York Times. After two years at Mirezi, Lo left to travel the world.

Lo opened Annisa in 2000, an intimate restaurant in Greenwich Village, which has held a Michelin star consistently since 2009. In June 2009, a fire destroyed the restaurant entirely and while plans for rebuilding Annisa got underway, Lo appeared on Top Chef Masters and finished fourth out of 24 chefs. In April 2010, after a complete renovation, Annisa was reopened and then in October 2011, Lo released her first cookbook, Cooking Without Borders, which highlights her passion for bringing multicultural flavors to her American kitchen.