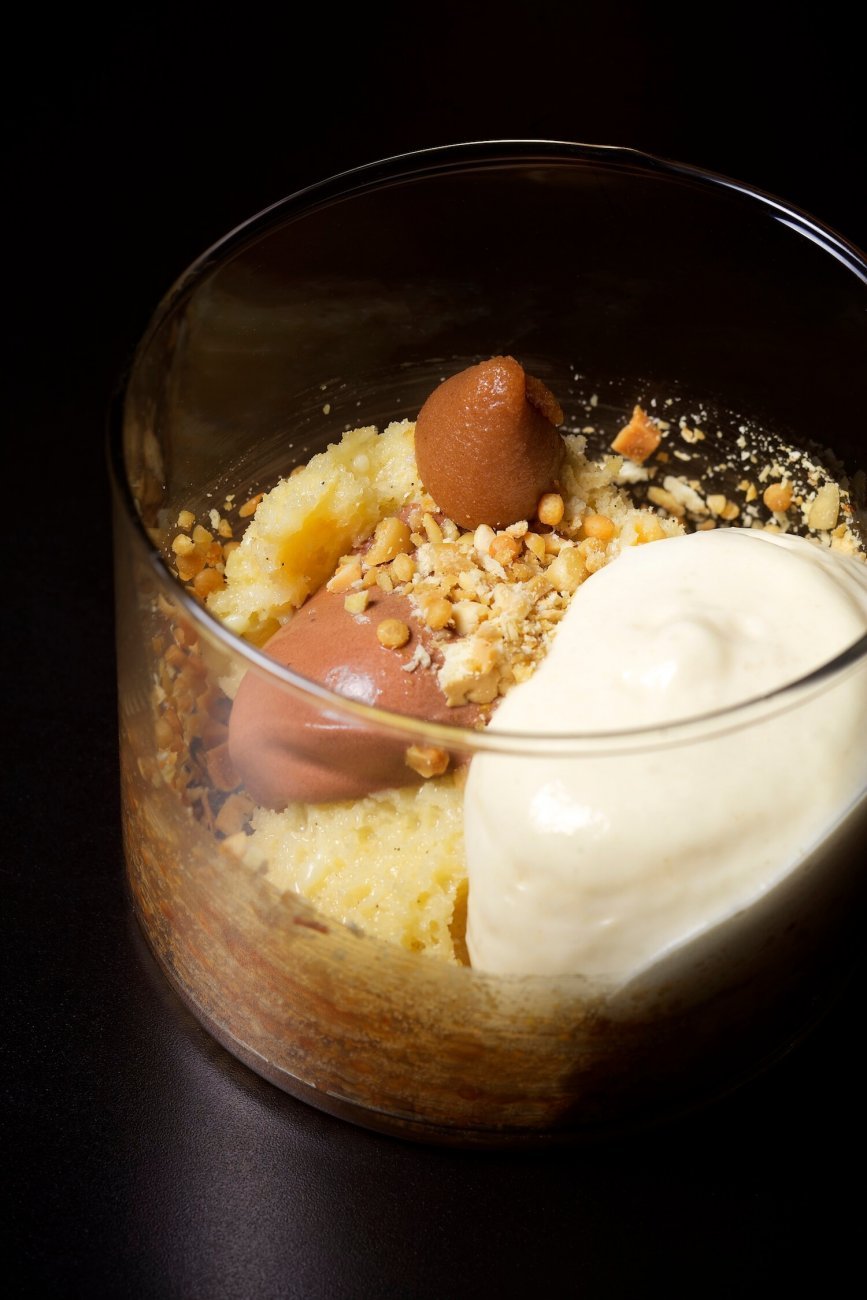 This dessert is fun and a bit cheeky but pays homage to that Middle-Eastern classic sweet, sticky, nutty baklava.

This recipe is from the February 2012 issue of Australian Gourmet Traveller.

2018 has Shane flashing his trademark grin across television sets as a presenter on Channel 9 Postcards, Victoria’s most popular travel and lifestyle show. Shane takes audiences to the very best local and regional food destinations Victoria has to offer.

Airing in January 2018, Shane’s newest TV series Recipe For Life is a juggling act of deliciously epic proportions. The eight-part series sees Shane find his balance between business, health and family. Through smarter food choices in schools and uncovering how communities are already engaging with food, Shane sets out to improve the health of his kids, his community and his customers, one meal at a time.

Shane’s flagship restaurant Maha has gone from strength to strength since its inception in 2008. Renowned for its fresh, unrestricted Middle Eastern menu, Maha has a style that is truly cutting edge. The Age Good Food Guide has continually recognized Maha as a leader in its field, awarding the restaurant One Chef Hat annually, since 2009.

Shane’s cheeky personality and enthusiasm for food and culture is captured in his acclaimed television program, Spice Journey. After a successful third season, Spice Journey has aired in 135 countries, across 5 continents and continues to be an Australian and international success.

Having a natural affinity with motor vehicles, Shane is proudly a Mercedes-Benz Australia Friend of the Brand. This relationship continues to grow as they both encompass core qualities of resilience and innovation.

Coming from a passionate sporting family, Shane’s heart lies with the Western Bulldogs, Melbourne City FC and Melbourne Storm. As an Ambassador, he is heavily involved with these clubs.

Shane is based in Melbourne, Australia. His wife Maha is the inspiration and namesake of his flagship restaurant. Together they have two children, daughter Jayda and son Jude.