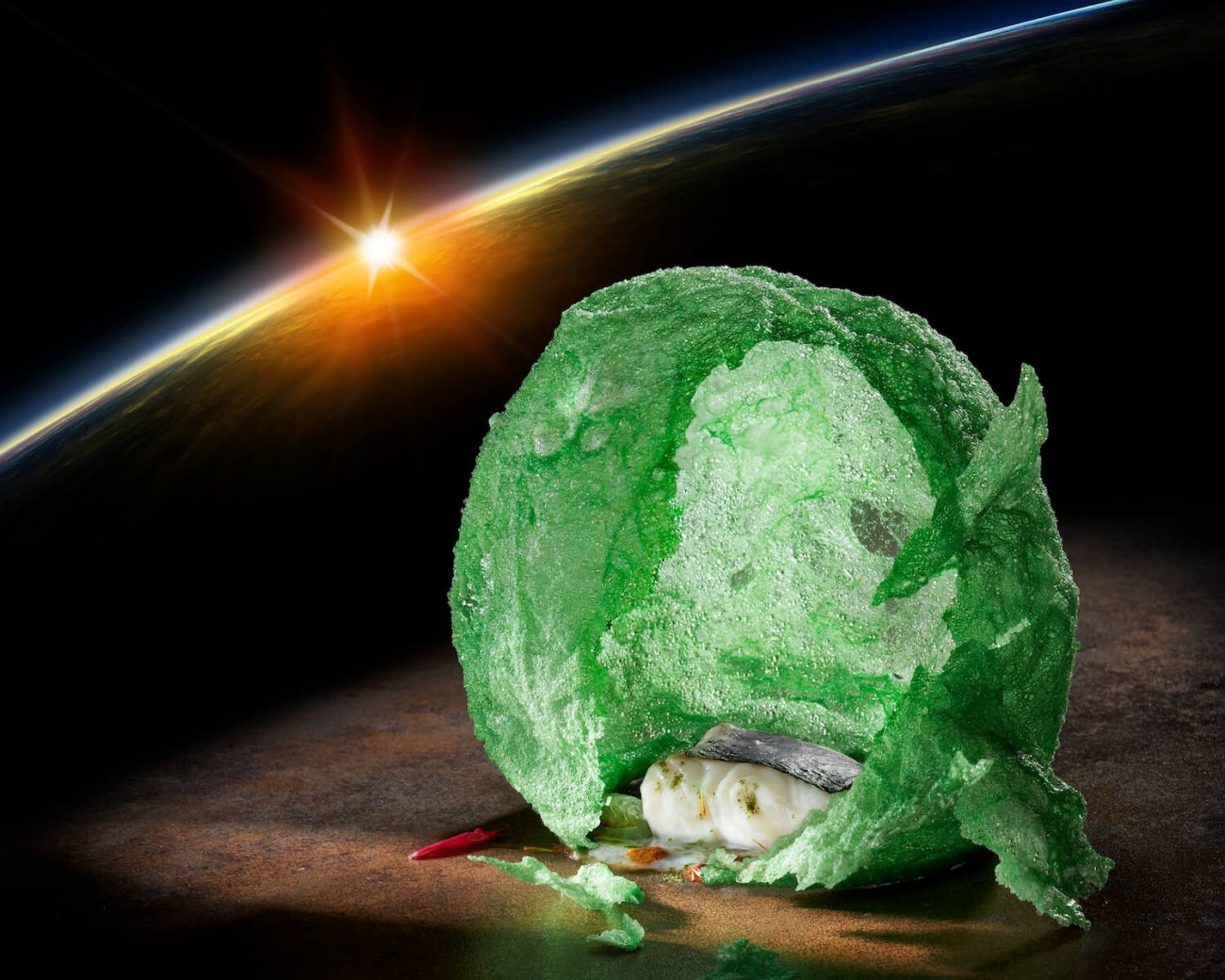 Juan Mari Arzak is the owner and chef of the world famous 3 Michelin starred Arzak Restaurant in San Sebastián Spain.

He is considered one of the few masters of Basque cuisine. Here he tells us a little about his experience and the life of his restaurant past and present.

The story of the restaurant is, as far back as I can remember, the story of my family. The house was built in 1897 by my grandparents José María Arzak Etxabe and Escolástica Lete, as a wine cellar and tavern At Alto de Miracruz, in the village of Alza, now part of San Sebastian. Many of my earliest childhood memories took place there.

It remained a tavern until my parents, Juan Ramón Arzak and Francisca Arratibel took over. Together they turned it into a simple but well thought of restaurant. Their efforts and talents in the kitchen did not go unnoticed. Little by little the word spread that something good was cooking in Alto de Miracruz also known as Alto de “Vinagres”. The restaurant acquired a certain name and specialized in banquets for family celebrations.

My father died in May 1951, when I was 9 years old. My mother did not fall to pieces; she struggled to continue the work on her own. As the quality of the banquets continued to improve they acquired great prestige. Such was their fame that brides and grooms would set their wedding dates according to when my mother had an opening at the restaurant. The same thing happened with baptisms and communions.

In 1966, after finishing my studies at the school of hotel and restaurant management, the military service and my internships abroad, I started working at the restaurant. In the beginning I specialized in grilled meats over a charcoal fire. My mother was a patient and consistent teacher. Step by step she showed me the secrets of gastronomy. Curiosity and a desire to continue learning pushed me to work on dishes of my own creation.

Shortly after, in 1967, Maite Espina joined the restaurant. Together we developed and improved the business. She contributed and continues to contribute with her talents in areas such as service, style, decoration and administration. I evolved within the framework of Basque cuisine, adding new elements to create my own cuisine from that base.

As the restaurant grew so did the family. We have two daughters, Marta and Elena.

In the mid 70s we started to receive prizes and awards which reaffirmed our efforts to convert Restaurante Arzak into a gastronomic reference both nationally and internationally. In 1989 we received the sought after third star from the prestigious Michelin guide.

Elena Arzak is fully involved in the day-to-day workings of the restaurant. She is constantly broadening her culinary horizons. She is prepared to run the restaurant and continue along this difficult road. You can see her hand in changes that are being incorporated onto the menu. She is the fourth generation of this family dedicated to the hospitality industry and is passionate about great food.

She studied at the Hospitality Management School in Lucerne, Switzerland from 1988 to1991 and did internships in different companies. Her knowledge of the hospitality industry is broad and covers all areas. Not in vain was her internship in the dining room at the Hotel National in Lucerne nor in reception at Hotel International in Zurich at the beginning of the nineties. She also passed through the “engine room” at the famous Le Gavroche in London and the Hotel Château Güstsch in Lucerne. But her preparation in the kitchen has been of greater significance. Troisgros in Roanne, the Parisians: Carré Des Feuillants, Le Vivarois o the innovator: Pierre Gagnaire, in addition to short stays the Luis XV de Montecarlo, Antica Osteria di Ponte in Cassinetta Di Lugagno (Italy) and El Bulli, among others.

The International Academy Of Gastronomy honored the young cook from Guipuzcoa with the prestigious best future chef prize (Chef de L`Avenir) in the year 2000 – awarded in May of the following year. Elena Arzak was recognized among the most promising chefs worldwide. At that time only 6 chefs had received the prize, among them the Spaniards Martín Berasategui and Sergi Arola.

Her last name is her letter of introduction. Arzak is probably the most prestigious reference in the history of Spanish cuisine. But to that she brings her own sense of responsibility and her enormous curiosity. That’s why following in her father’s footsteps – he is just as edgy as she is – she has been named as an honorary member of the Tolosa Bean Brotherhood (2002) and the Basque Gastronomy Brotherhood (2003) and the Queimada Brotherhood of the Basque Country (2005). She did the honors at the XII presentation of Young Idiazabal Cheese in Ordizia in 2006 and was honored in the II edition of the French Cheese Awards in 2007 (Sopexa).

Elena runs the Restaurant Arzak in Alto de Miracruz together with her father. She continues to expand her profesional knowledge with short stays at other restaurants. More and more of the dishes on the menu spring from the imagination of this promising chef who is a happy presence in our kitchens.