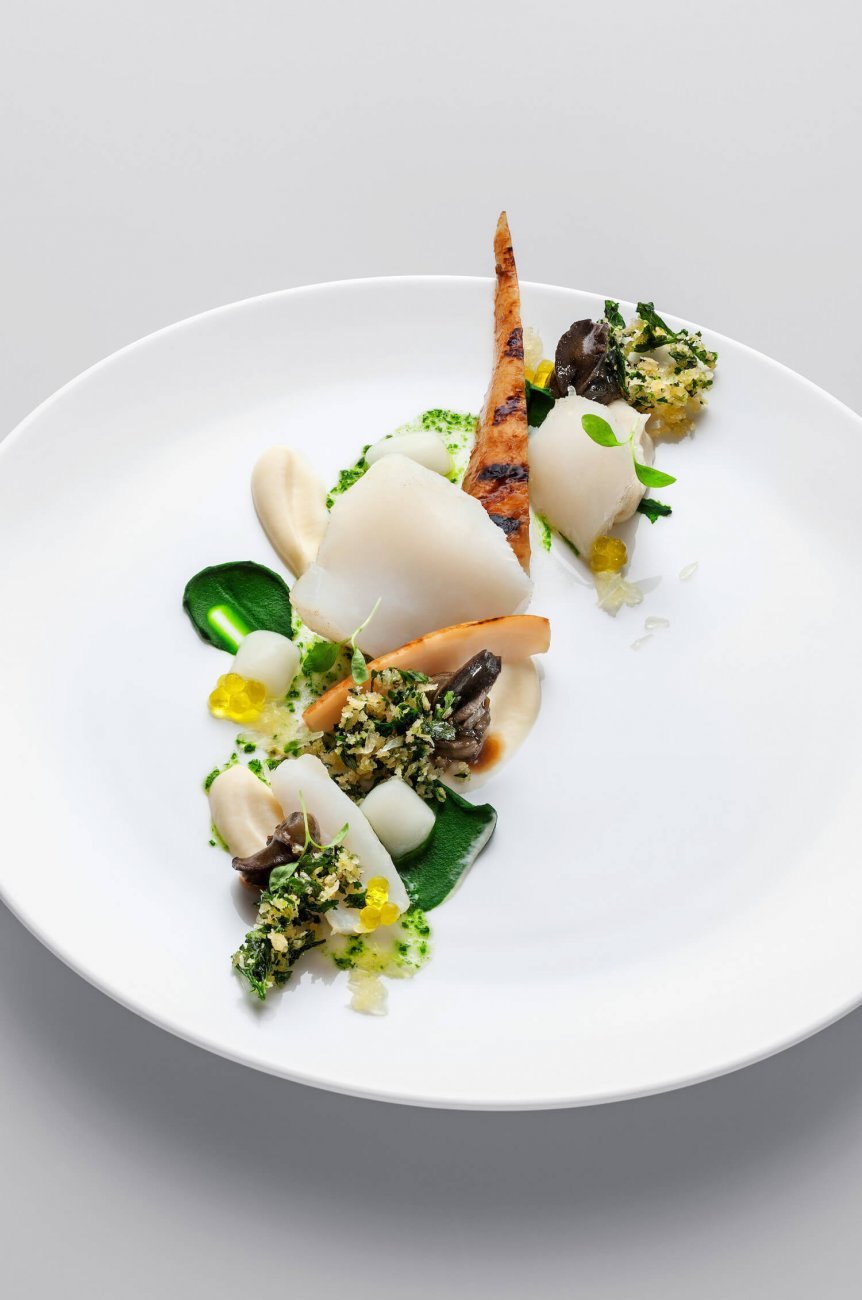 Martin Klein did not give a second thought to the offer of managing the Ikarus Restaurant at Hangar-7 as Executive Chef from January 2014. Quite astonishing, bearing in mind that he first had to give up his previous job on an island in the south pacific. “The opportunity to work with a unique team on perhaps the most interesting gastronomic idea in the world is the chance of a lifetime.”

The arguments in favour of a move to Ikarus Restaurant were obvious. But for the management team led by Eckart Witzigmann, the patron of the Restaurant Ikarus, Martin Klein, was their first and logical choice. Not only because the native-born Alsatian made a name for himself in international haute cuisine a long time ago, but also because he is familiar with the guest chef concept like no other. After all, Klein was Chef de Cuisine at Ikarus Restaurant for nine years from 2003 until 2012 and in this capacity relieved his predecessor, Roland Trettl, in the role of Executive Chef, enabling him to concentrate on the time-consuming organisation and visits to future guest chefs around the world.

These tasks are now Martin Klein’s responsibility and when you hear him enthusing in the kitchen about the world’s best chefs and their various culinary styles and approaches, then you know that he is definitely the right person in the right place.

There is one thing he wants made clear for the record, “I wouldn’t be doing this if I couldn’t work here with the right people. In Jörg Bruch and Tommy Dananic I’ve got two fantastic Chefs de Cuisine who I know really well from my time at the Ikarus. And these are just two names from a total of almost 100 ranging from the chefs to the service and marketing team all working very, very hard at Hangar-7 towards a common goal – to meet the high expectations of our customers and to improve standards still further.”

Focusing on the team as the key element is a philosophy which comes up time and again. However, as the manager, Martin Klein does make key decisions as and when required. A specific concept requires specific dedication on the part of the participants. The team need to be flexible since the guest chefs change each month but at the same time they have to remain perfect. “The difficulty is that you cannot get used to anything here as a chef. Other people have a scheme, cooking perhaps 20 to 30 courses a year. We often cook that many here in a month!”

Is it at all possible to develop a personal style in the face of so many changes? Yes, it is! “Because you naturally take an enormous amount on board and you can learn something from the best in the world.” This, among other things, has shaped Martin Klein’s development. Add to this his childhood in Alsace, a family which has always valued good food, his training at the School of Hotel Management in Strasbourg or his rapid development at some of the best restaurants in Germany.

Thus, he went from Commis to Chef de Partie within 18 months while at the Zum Ochsen restaurant in Karlsruhe and while at the Wielandshöhe in Stuttgart Klein jumped from Chef de Partie to Sous Chef within two years. At the Marstall in Munich, he worked as Sous Chef alongside Christian Jürgens, who today is a three-star chef and later with Bernhard Diers. During this period, the Marstall was crowned “Up-and-Coming Restaurant of the Year”, “Restaurant of the Year” as well as being awarded two Michelin stars. This was reason enough to offer e 26-year-old Klein the position of Chef de Cuisine after Diers’ departure. He showed his thanks by cooking his way to his first Michelin star before he received the first offer of Chef de Cuisine at the Ikarus Restaurant. He spent nine years working here as Chef de Cuisine before being offered the position of Executive Chef of five exclusive restaurants and bars on a select, private island in the South Pacific at the beginning of 2012.

And now his return to the Ikarus Restaurant. But what is Martin Klein’s culinary philosophy like now? “Product conscious and honest” is his summary in a nutshell. “By this I mean that I greatly value obtaining fresh ingredients and that shortcuts in the kitchen are inadmissible. The preparation of each individual dish should – and must – be difficult.”

From now on, guests will be able to sample this for one month each year when the Ikarus Team, and for once not a guest chef, takes control of their own.
It is already clear that the emphasis is going to be on the word “team”.