Ginger – A flavorful root for a healthier life 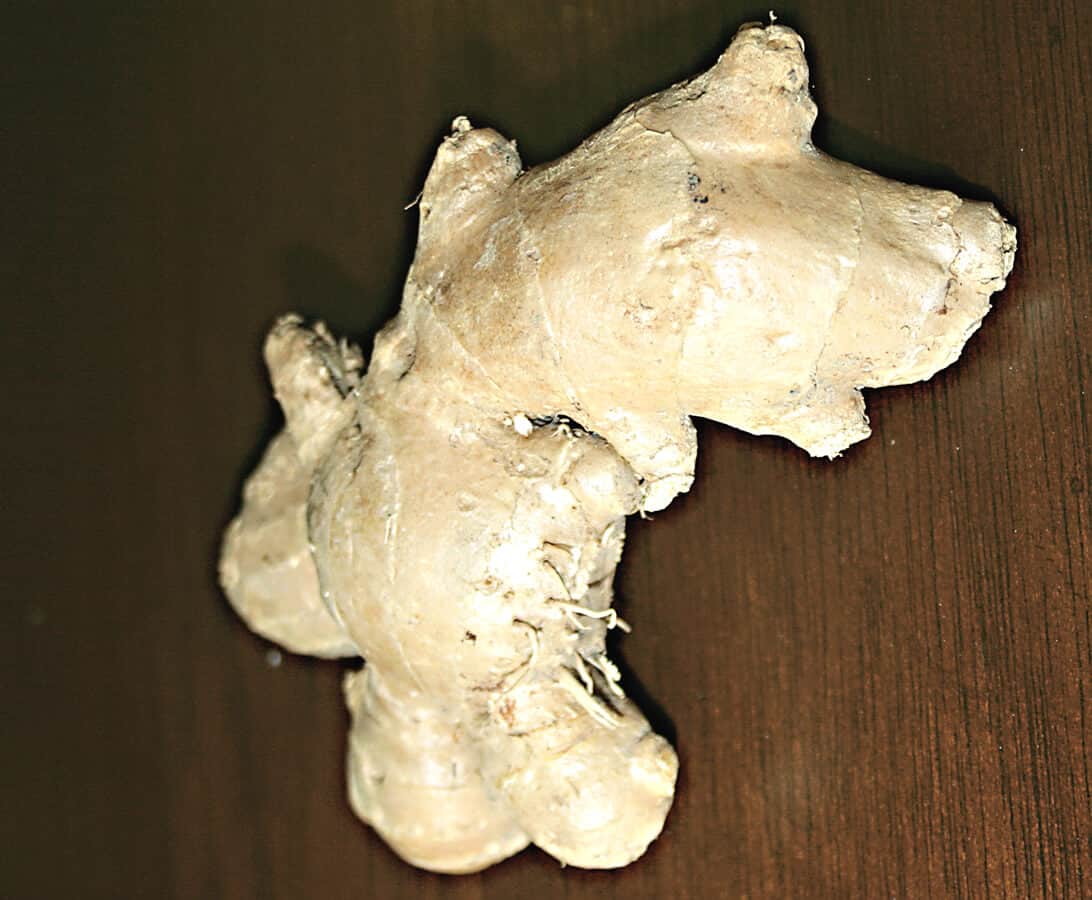 Although popularly called a root, ginger is really a rhizome originating from China, but grown anywhere from India and throughout South East Asian countries. Ginger is omnipresent in Asia and the various Asian cuisines and ever more popular throughout the world as a flavoring vegetable and exotic ingredient to bring different textures and tastes into traditional European and western cuisines as well. 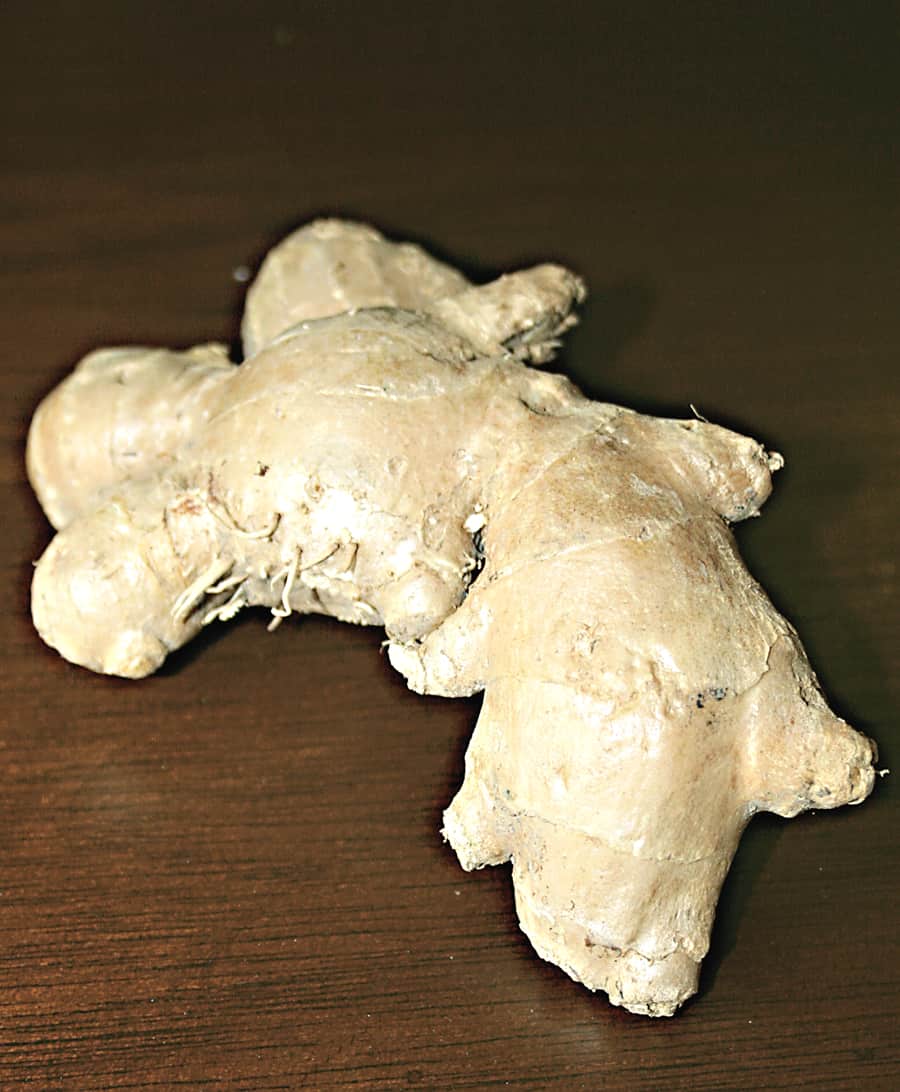 There are many opportunities to introduce ginger into our regular fare.

Ginger is also part of popular culture and medicinal concoctions in many old traditions;  herbal remedies using ginger have long served as cure for minor aches and pains, stomach cramps, morning sickness and to treat the common cold. Ginger tea, served throughout Asia either hot and healing to cure common colds and keep people warm in chilly nights and cold weather, or chilled and cooling to keep off the summer heat and refresh, is not only great drink, but also a soothing balm for mind and body. Ginger; a natural product, full of goodness and flavor which tastes good, keeps our bodies in shape, helps cure sicknesses and prevents others ailments proactively.

Throughout history, ginger has been hailed as an aphrodisiac in many South East Asian cultures, while in the Philippines, the chewing of raw ginger is supposed to extract evil spirits. This is a fact probably attributed to the fact that ginger has diaphoretic qualities which makes people sweat.  Modern medicine has also taken note of ginger and its beneficial health qualities over the past years. Two volatile oils in ginger, gingerols and shoagols, are accredited as the main agents that react beneficially in our body. Laboratory test are suggesting that gingerols have analgesic, sedative and even antibacterial properties.

Perhaps ginger’s most well known attribute is that it is a digestive aid. Ginger increases the production of saliva and digestive fluids and helps neutralize stomach acids. This helps gas pains, cramping, diarrhea and indigestion. Ginger is also a natural laxative.

Ginger is a powerful antioxidant. It helps in the prevention of cell damage by free radicals. Various research suggest that the gingerols in ginger actively inhibit growth or even kill some cancer cells. Ginger is know to work as anti-inflammatory agent, bringing relief for muscle pains and rheumatism. Essential ginger oil has anti-inflammatory properties and using it in massages can help relieve painful arthritis. Inhalation of ginger oil flavored during aroma therapies steam helps reduce and loosen phlegm in the lungs and keeps the respiratory track free.

Ginger, through its diaphoretic properties which increase sweating, helps fight the common cold, flu and fever. Ginger also helps to dilate blood vessels and with it improve blood circulation. In addition ginger removes toxins from the body and reduces blood cholesterol, hence improving liver, kidney and respiratory functions. Tests have shown that ginger is more effective to help combat nausea that some over the counter drugs. It is very helpful during pregnancy as well to sooth morning sickness. Ginger also is proven to prevent motion sickness including seasickness.

To get the best health benefits and more medicinal qualities out of ginger it is best to use raw ginger, freshly grated or chopped or juiced. This however, only works for dressings or vinaigrette’s using young tender ginger only, very thinly shredded. Larger or thicker pieces of ginger are too strong and pungent in taste to eat them raw. Ginger, grated chopped or sliced, is often part of marinades, be it for BBQ meat, poultry or fish, especially in the Chinese cuisine, ahead of a long braising, steaming or double boiling cooking process.
Ginger is often a part of stir-fried vegetables and as such blanched ahead of the quick frying process in a wok together with the other vegetables. This will keep the ginger crunchy and its nutrients and active ingredients intact.

Making ginger tea is very simple and easy. Per liter (4 cups) of water, use approximately 150-180 g (5-6 oz) peeled ginger. Bring the water to boil, add the ginger and simmer for approximately 10-12 minutes. Strain and sweeten with your favorite honey to taste. Lime or lemon juice might be added if so desired. Although never as strong and beneficial as fresh ginger, dried ginger or ginger powder is widely used to make ginger tea or flavor regular tea. Dried ginger is a stimulant and used to combat colds, cough, headaches, vomiting, inflammations, diarrhea and even anorexia.

Pickled ginger, as served with Sushi and Sashimi, is mainly used as a condiment but can be used as part of recipes as well. Candied ginger is available in specialty Asian stores and can be used in mainly desserts or for baking. Due to the ginger being candied in a slow cooking process in sugar syrup, the active ingredients within ginger in terms of health benefits will have reduced considerably.

Ever since the first spice traders traveling the Silk Road brought ginger to Europe, the spice was hailed as an ingredient in cooking and baking, a health remedy and an aphrodisiac. Powdered ginger is part of many herbal medicines available for various ailments. Using fresh ginger regularly as part of your daily meals might however just prevent some ailments and sicknesses besides giving your food a wonderful fragrant new dimension to dishes. Spice up a carrot or pumpkin soup with ginger, use ginger grated or finely chopped as part of oriental dressings, warm vinaigrette’s for salads or grilled seafood; add sliced ginger to a beef stew or a chicken casserole and serve ginger tea, warm or chilled, as an alternative to soft drinks or other beverages. There are many opportunities to introduce ginger into our regular fare.

Spice up your life with ginger!