Can dried fruits replace the goodness of fresh fruits? 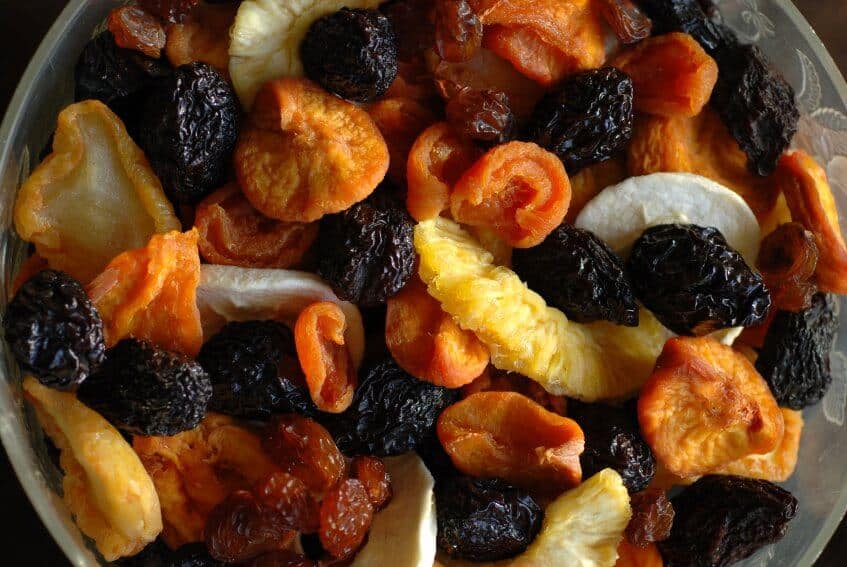 In winter, when fresh fruits on the market are both limited and usually imported from warmer countries, we often use dry fruits as an substitute for fresh in cooking and baking but also as edible snacks.  It raises the question as to whether dried fruits are of equal value to our bodies than the fresh once we eat during the summer months.

Generally speaking, fruits are good for us whether they are dried or fresh. In fact, dried fruits do retain many valuable nutrients fresh fruits have. Generally dried fruits lose most of their vitamin C content along with the water that is lost during the drying process, but the loss of fibers, fruits sugars and minerals is minimal if at all, even if stored for a prolonged period of time. 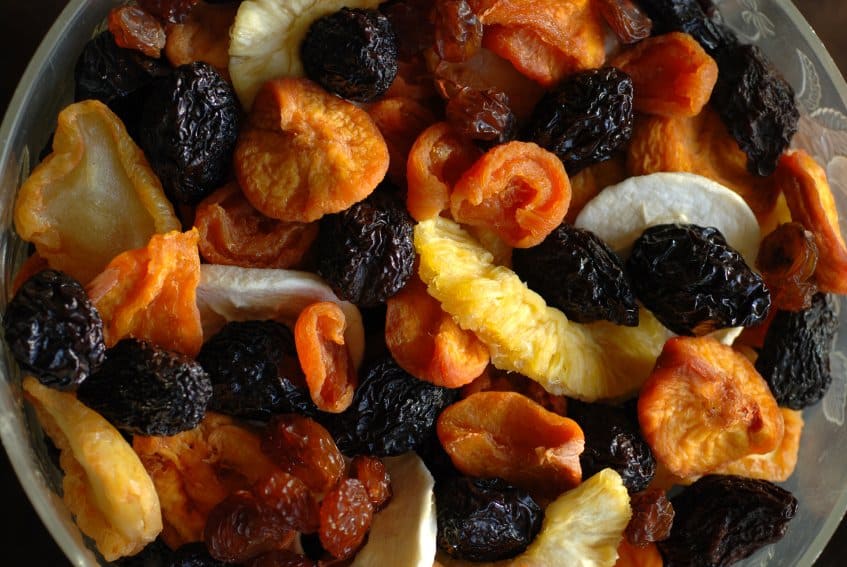 Generally speaking, fruits are good for us whether they are dried or fresh.

Taking this into account, dried fruits should be part of the recommended daily intake of fruits and vegetables. As an general rule, 20-30 g of dried fruits can replace the values of 120 g of fresh fruits. Dried fruits have a much higher fruit sugar content as an percentage to weight, up to 70% and therefore much higher calorie count than fresh fruits. This however can be used as an advantage, for example, after a good work out, dried fruits can fast and efficiently replenish the lost energy as fruit sugars are very quickly absorbed into our system and in contrary to sugars  soft drinks or candy bars. Even at their higher calorie count, dried fruits only have half the calories of chocolate.

Dried fruits, for example in a trail mix, are ideal snacks to bring on hikes, long walks and  any other physical activity and will combat that hunger or energy loss that may occur during a long lasting period of exercise.

As good as dried fruits are for our bodies, the high fibre content in dried fruits demands that we take in the appropriate amount of water. Water makes fibers soluble in our bodies and dried fruits do not lose fibers when dehydrating.

This winter season, when the stores are filled with Citrus fruits, some winter apples and pears but otherwise mostly under ripe fruits, perhaps dried mangoes, apricots, apples, pears, dates, bananas and raisins might just fill the void. From a nutritional stand point they certainly do and as cooking and baking ingredients, dried fruits are great in cakes, sauces, with ice cream and more. With a little imagination and creativity in cooking to prepare dishes with dried fruits, the wait for the first fresh fruits after winter might just not be that long after all.